THE RISE IN NCAA BASKETBALL SUCCESS 
If anyone told you five years ago that Basketball was looking to overtake Rugby and Netball as the most played Secondary School sport within New Zealand, you most likely would've disregarded the crazy comment. But with over 25,000 students participating in Secondary School basketball, it's become even more popular than Football. There has been a 27% increase in the number of teenagers shooting hoops for their schools, which has forced Basketball New Zealand and the New Zealand Secondary School Sports Council to create three new tournaments to compensate. It's amazing the growth that basketball has had over the last few years, but what does this mean for players wanting to crack the big time?

It's great seeing players head overseas and play, but we know little to nothing about how they got there. The hard work, early morning trainings, and sacrifices they've had to make. Where do you go after the NCAA? Is the next big goal the WNBA? Or the WNBL? We're going to dive in on some players that we've been watching and learning from this year. Some have played in Age-Level Basketball New Zealand Tournaments, some have been kept within the Secondary Schools system. We want to look at the girls side of things, and what our New Zealanders are doing overseas.

Penina has a story that I've never read about within Women's Basketball. It's stories we only hear through talking to others, and engaging with those who are within the basketball community. The kinds of stories that are shared through "good yarns" and not through media releases. In June of 2018, Penina opened up about living with bipolar disorder, which can cause rapid changes of mood that can last long durations of time. She learnt how to manage it, and find ways to cope, one being a tattoo on her arm to remind her of her Mother, and the reasons as to why she should push onwards.

In 2014, she made her debut for California in the NCAA, and has played 116 games in her four seasons. After the efforts that were put in on the court overseas, she has returned back to New Zealand and signed a three-year deal with the Harbour Breeze WBC team. In 2018, she played three games during the regular season of the competition, which included a blinder against the Taranaki Thunder where she picked up 34 points, 9 rebounds, and 6 steals to help her team secure a 69 - 90 win. Penina is now currently playing in the Australian Women's NBL for the Adelaide Lightning, which she has played in four of their 11 games played so far. She made her debut for the Tall Ferns in 2013.

The great thing about overseas experiences such as the NCAA is the studies you can surround yourself with. Penina completed her degree of sociology at Berkley, which is seen as one of the best public universities in the world. As a sport, we should be looking at Penina for inspiration, not only on how to keep ourselves motivated, but how to overcome specific struggles that some of us face as early as high school in the world of basketball. Even coming back to play in the New Zealand Women's League, it shows the character of someone who wants to help the game grow, and show her potential to the world. In Harbour Basketball's press release, she mentioned that growing the women's game was extremely important to the youth of New Zealand. “I hope a string of girls will get behind me, it’s a fantastic thing that Harbour are stepping forward to do for women’s basketball. From here we want to trailblaze our way through and hope other associations will pick up on something like this and want to join."

The Adelaide Lightning take on the Sydney Uni Flames in their next match at 9PM NZ Time on 5th December. 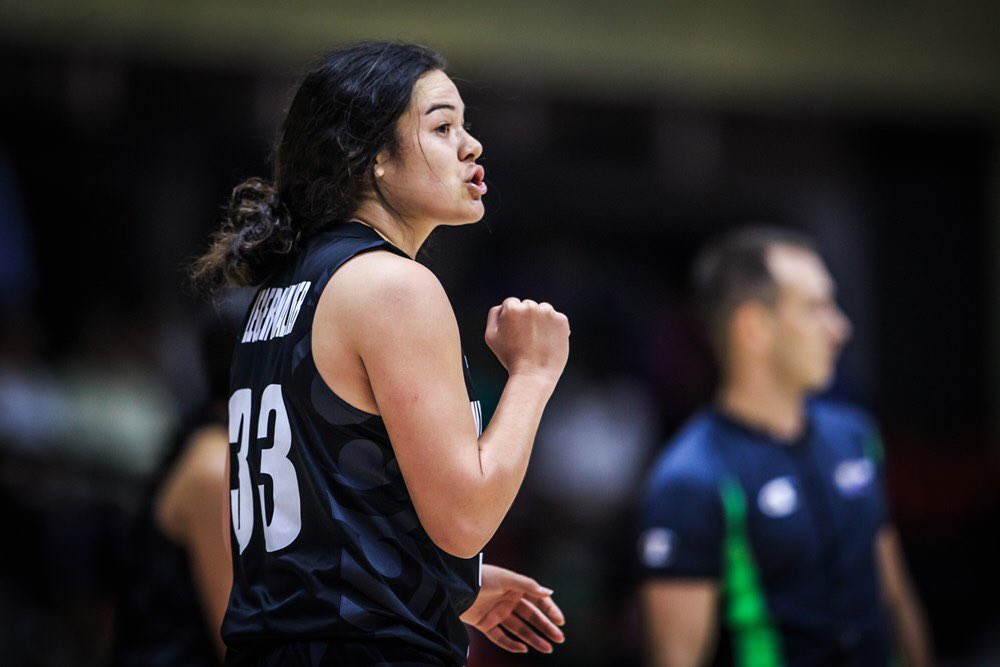