THE SUMMER SUMMARY FOR SCHICK CHAMPIONSHIPS 2019 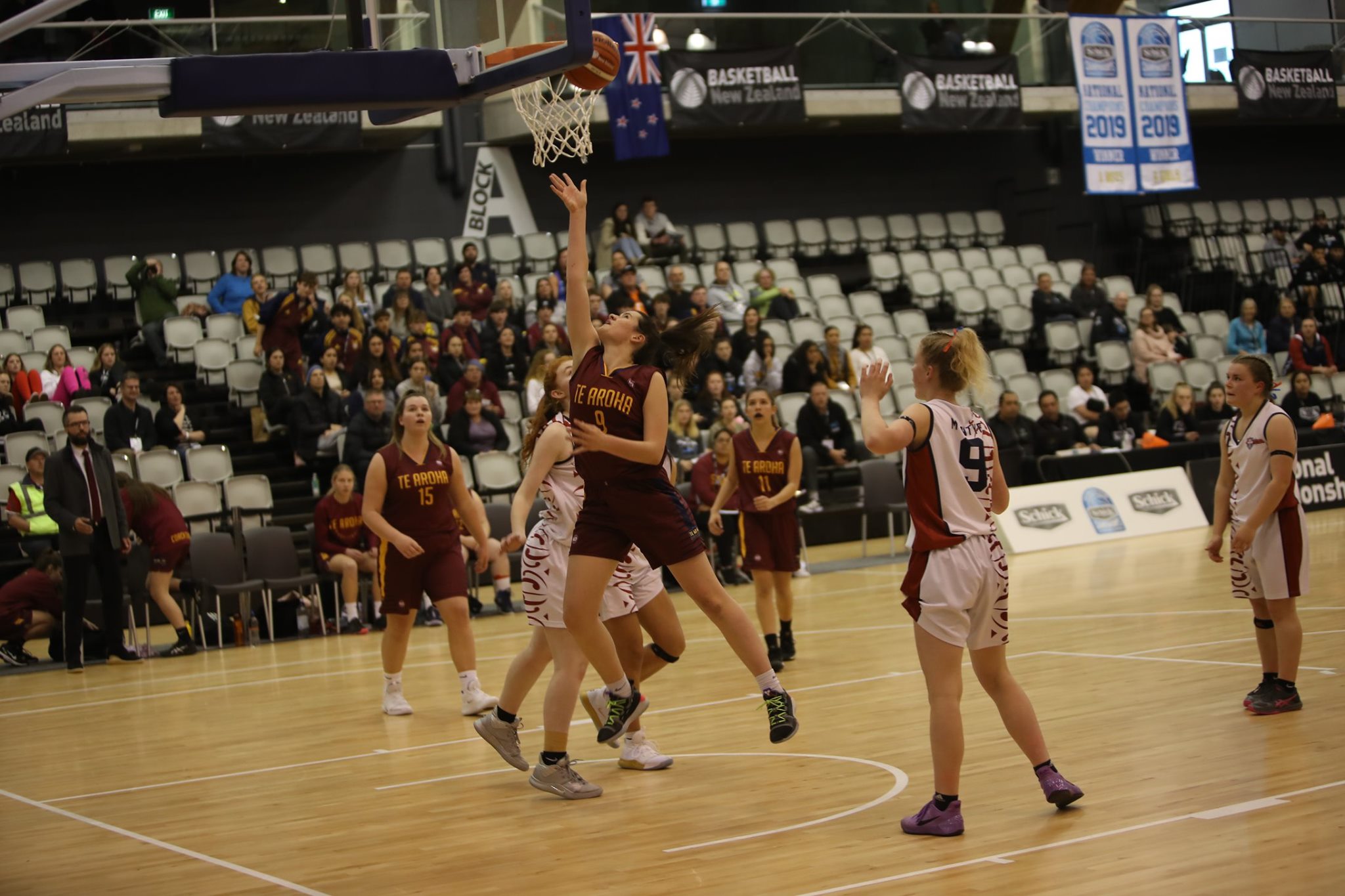 SOURCE: Basketball New Zealand
Te Aroha vs Kavanagh in the Girls A Finals


For Wellington East Girls' College, it was a hard pool. Being trapped with Zone 3 Runners-Up Queen Margaret College and having not beaten them in the CSW Season, it would be a hard battle to win. They also took on Hamilton Girls who were strong favourites to take out the pool. Only losing by 11 to Queen Margaret meant they were in the running for a playoff berth if they could knock out Christchurch Girls High. They missed the mark, losing 48 - 64 in the Preliminary Quarter-Final matchup. The remainder of the week was mixed, having to take on Rangi Ruru Girls again for a second time, as well as taking a loss to Napier Girls High who they already played in Zone 3 Qualifiers back in August. In their 13th/14th Playoff, East couldn't quite finish their Nationals run with a 71 - 47 loss against across town rivals Hutt Valley High School. Amaree Ross-Simi finished the game with 14 points and averaged 12 per game throughout the tournament. Hine Thomson finished with an average of 10 points per game.

Wellington East will be returning to The Summer Series with a very similar squad to previous years.


Tawa College. They took to the CSW Finals by thrashing Scots College, but the tides turned during Nationals. Their pool wasn't easy. In fact, it was the Top 4 from CSW plus St Pat's Town and Rotorua Boys. It was a hard look in, but they've beaten these teams before. They took an early TV Broadcast loss to Rotorua Boys in the opening match of the competition, and they never really found their rhythm from that moment onward. Losing closely to Stream, Cashmere and Scots, it really took a toll on their position in Pool B. Tawa didn't lose a game after their first four matches, beating Rongotai, St Andrew's, Gisbourne and Nayland comfortably to take 17th Place overall in the country. Ben Gold managed to bring home the game with 36 points, taking his competition average to 29 points per game. He was second overall in average points for the Boys Competition. Malachi Collins finished the tournament on 19 points per game.

Tawa College will look to defend their championships in both CSW and SS20 next season. 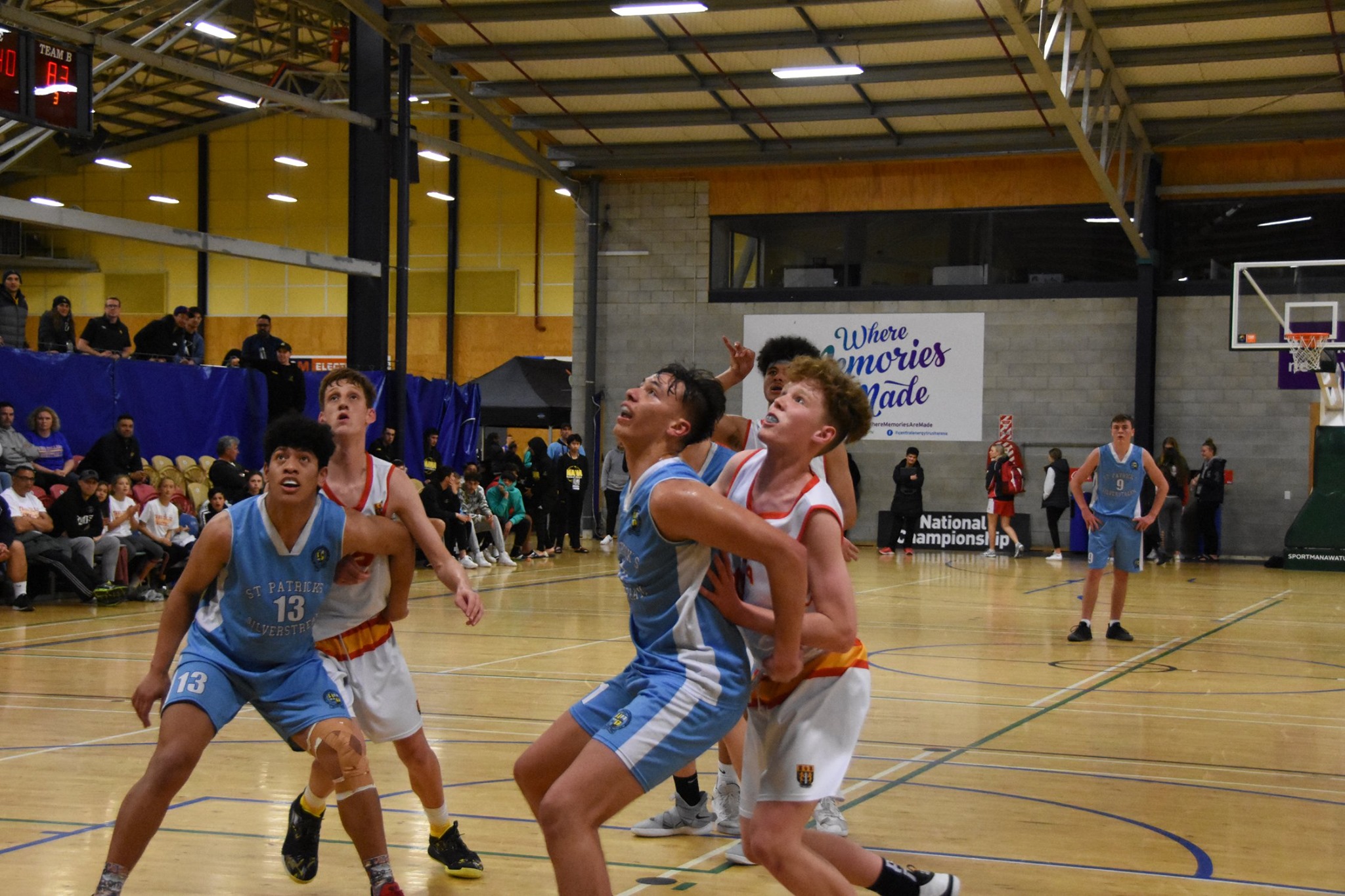 
Another player in the Pool of Death. St Pat's Silverstream. After making the Zone 3 Finals, they had proved they were a force to be reckoned with. Going down to Scots in the play made them favourable second placers in the pool. A strong start, beating Cashmere in what was one of the games of the tournament 87 - 83. Securing a point win over Tawa pushed them to the top of Pool B. When all was smooth sailing, Stream only had to beat Rongotai to make it to a Preliminary Quarter-Final, and have the chance to progress to the playoffs. Losing to a buzzerbeater three pointer, Stream went down to Rongotai 71 - 73, knocking them out of contention. Josh Tutagalevao top scored with 19 points. Close losses to both Rotorua and Scots left no chance for further progression. Stream ended up playing off for 15th/16th Place after losing heavily to both Auckland Grammar and old rivals St Pat's Town. They settled for 16th after a 40 point loss to Whangarei 50 - 90. Logan Wakefield top scored with 10 points. Tutagalevao averaged 12 points per game, with close runs beside him from Alex Blackmore (10 PPG) and Summer Series MVP Sautia Misa (10 PPG).

St Pat's Stream will look to continue their successes at next year's Summer Series competition.