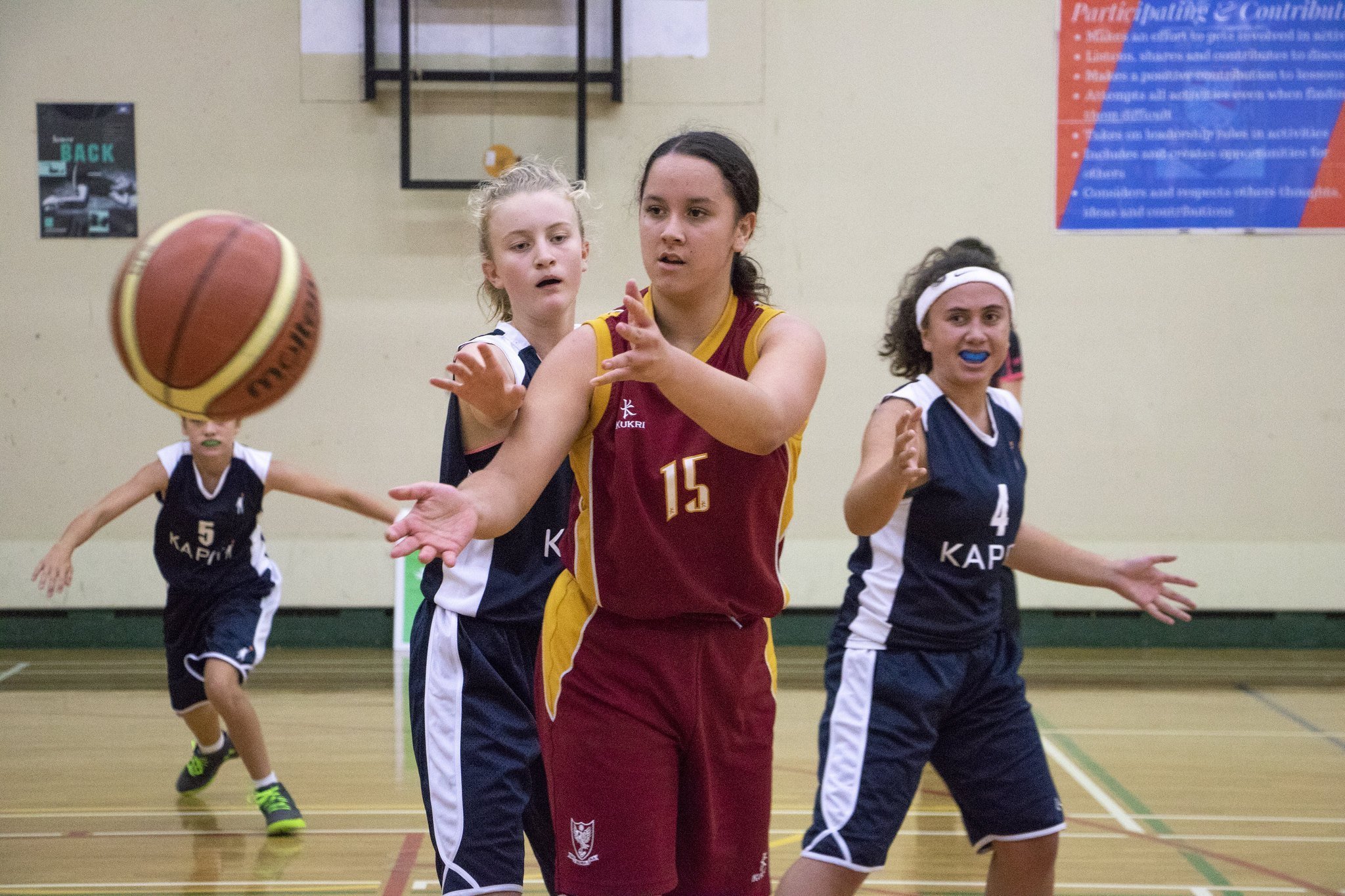 Portia Makiri passing the ball during the SS18 Regular Season

The schedule for The Summer Series 19 has officially been confirmed today, with a team added to each division.

Tawa College will aim to follow their success from their boys side with a girls team being added into the Girls Division. Tawa didn't have a senior girls team in any division last year, and will be hoping to capitalise on the opportunities the competition opens up for them in the pre-season. Tawa's junior team made it into the Premier Division, but didn't manage to secure a semi-final spot.

Upper Hutt College will be making their debut in The Summer Series by picking up the 5th spot in the Boys Division. The team made the Top 4 of Division 1 within College Sport Wellington, but went down to runners-up St Bernard's in their Semi-Final. St Bernard's went on to take second place, narrowly losing to Tawa College by two points in a buzzer beater finish.

The draw has been slotted into four different time slots - 1:30pm, 3:15pm, 5:15pm and 7:00pm. These time slots provide maximum usage of the event centre, and also allow teams that travel a fair distance to make it home at a better time than last year. The alternating division round starts also allow mixes within the time slots, meaning that if a Girls Division game is played at 7:00pm one week, they won't play at that time slot again next week.

Round 1 will bring the tip-off to the competition for 2019, and will feature last year's Girls Final rematch between Wellington East and Newlands. New comers Upper Hutt will take on defending Boys Division champions Tawa in their campaign opener.

Round 2 and 3 features Tawa College's Girls team playing their opening matches against defending Girls Division champions Wellington East, as Newlands will be looking to take back their winning ways as they face Heretaunga Girls in what will be a thrilling College Sport Wellington Division 1 Semi-Final rematch.

A double-header between Kapiti Basketball and Newlands College will take place on the 3rd March in Round 4 with the two opening games featuring both teams in both divisions for the first time ever. Traditionals Upper Hutt College and Heretaunga College will be looking to go head to head in the Battle of the North rivalry game.

Kapiti will also be involved in another double-header, but this time with Tawa College in the first two games of Round 5. This will be the first time Kapiti and Tawa Boys teams would've played against each other since their Summer Series Grand Final on March 25th, 2018 which was almost a year ago.

The Semi-Finals will fall on the 17th March, with four games to be played over the day. Finals Day will be played out on the 24th March, with five huge games, including the annual Challengers Game, which showed Team Summer (formerly known as Team Summer Series) take out the title against The Striking Charmaines. Team Summer's opponents for this year will be announced at a later date.

You can view the complete schedule here.