Team of the Round - Round 1 | The Summer Series

Team of the Round – Round 1 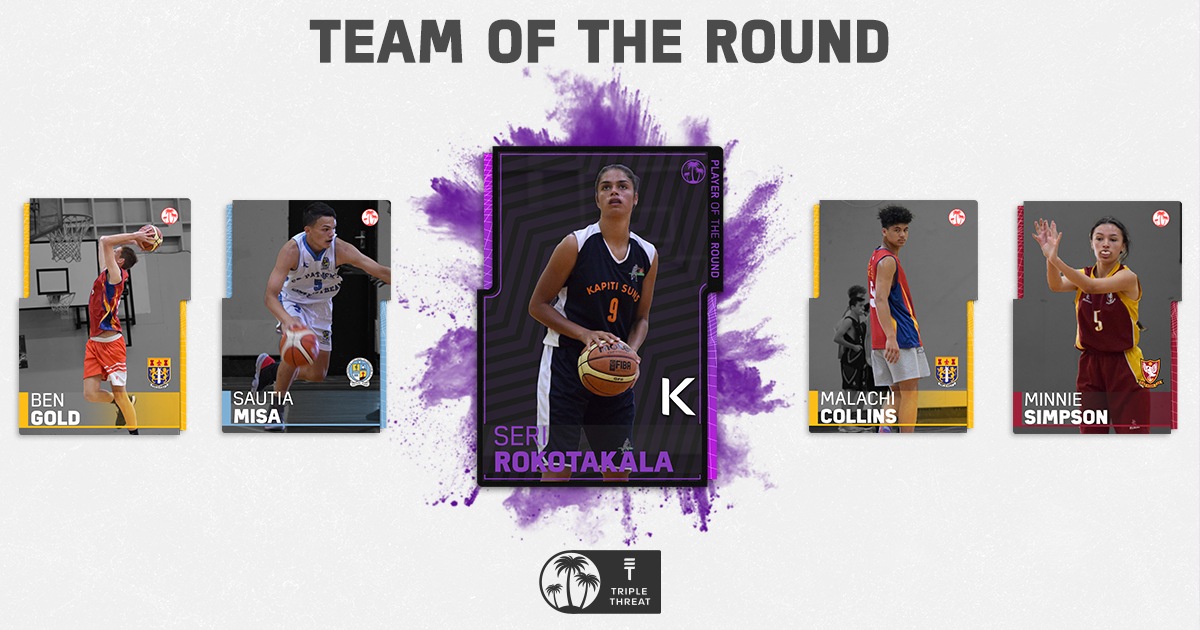 Here's The Triple Threat Summer Series Team of the Round for Round 1. These players stood out, and we can't wait to see what they can bring to the rest of the competition.

PLAYER OF THE ROUND

He's a known face to The Summer Series, being last year's leading points scorer with 142. His 33 points for Tawa when they took on Upper Hutt played a big part in helping the team to a massive victory.

Kapiti had to leave her open... You can't leave Minnie Simpson open or she will make you pay for it. Shooting a whopping 4 three pointers, she was one three off tying the record for the most three pointers in a game for the Girls Division. Her 14 points helped bring Heretaunga over the line against Kapiti in a close and evenly matched game.

26 points for Sautia Misa proved his dominance over a young Newlands side. The Silverstream shooter shot at 52% from the floor, finishing with 26 points and 7 rebounds. He also managed to pick the pocket of Newlands five times, allowing for some fast breakaway layups.

The hard working forward managed to claim 22 rebounds, which ties the record of the most rebounds in a game in The Summer Series history. He shares the record with his brother Sam who set the record in the opening game in 2018. Ben also managed to score 29 points, with all of those points being scored in the paint.